This is a special occasion to present to you one of the most utopian and fantastical projects within our programme – Adata AiR.
The largest artists-in-residency program to have happened in Bulgaria took place within two years – 2018 and 2019. More than 300 artists from all over the world applied to come to Plovdiv and join the residence and 52 of them were chosen to participate.

The digital catalogue of Adata AiR features the photo documentation and texts presenting the ideas, which have been implemented as part of the residence programme along the bank of Maritsa river, the mythical island Adata and some other neglected areas in Plovdiv.

Starting as an idea to turn the artists into a kind of tribe which to inhabit the forgotten island of Adata and ending with the amazement and enchantment of all these artists from its primordial sanctity, the Adata AiR programme and its artists helped us see Adata, the river, the city, in a way that we could preserve them, revive them, make them real and full of meaning.

Adata exists more vividly in people’s memories and dreams than it does in today’s reality. For the artists, it was the first step in exploring and understanding Plovdiv, in finding other such places of oblivion, and to settle in them. Their audiences were the wild birds on the Maritsa River, passers-by, people from the neighborhood walking their dogs, athletes and cyclists, the few attracted by this lush green artery, the hills, and the desolate social monuments.

The programme was possible thanks to the partnership between the Plovdiv 2019 Foundation, Goethe Institute – Bulgaria and the Polish Institute Sofia.

The bilingual catalogue of the Adata AiR features the projects realized within the programme and their authors. You can download it from HERE or read online HERE. The design and the visual identity – PUNKT Studio. 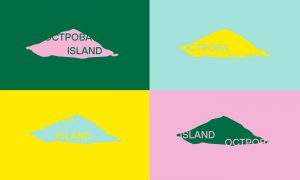