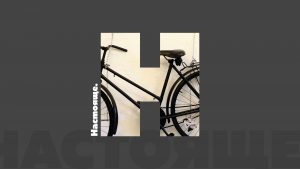 The place always reflects the spirit of the time with all its rises and falls. The new construction at the beginning of the 21st century, especially in the eastern part of Kapana, took away part of the former charm and spirit of the district. Kapana’s consecutive renaissance began with the initiative European Capital of Culture and the will of the current governors in the Plovdiv Municipality to initiate and implement immediate infrastructural changes. From 2013 to 2017, part of the streets in Kapana were transformed into pedestrian, thus enabling the project of Plovdiv 2019 Foundation- Kapana Creative district- to develop in the long run and to add value to the history of the place. You can follow all the phases of Kapana – Creative District here in About the district section.

By 2016 the objects operating on the territory of the Quarter were nearly 500. HERE you can see the inventory and filming made in 2016.

Here you can find listing and mapping of the business in Kapana valid till March 2016:

Kapana is a pulse, an emotion, a provocation and a puzzle. Kapana is discreet, and yet significant, human and magnetic. It is the heart of the urban living organism and Plovdiv deserves exactly this kind of spirit and definitely this kind of future- of a creative district- an attractive place for artists, curators, cultural managers, artisans, architects, software specialists, urbanists, writers and musicians from the whole country and of a recognizable international center. There is no other place in our city, which exists for more than 5 centuries with such a concentration of vital for our society activities, with such a remarkable sense of urban environment and atmosphere. What makes Kapana district so special is its human dimension- it is so easy to be found, being close to all the major attractions in the city; you can’t stay indifferent- the concentration of galleries, studios, workshops, pedestrian street spaces, bars and restaurants here is unique; you are always well hosted- it offers a broad range of possibilities for tasting local cuisine and specialties from Spain, Italy, Turkey, Greece and it will make you feel comfortable by providing you with cozy choice and feeling; it will give you the feeling of a friendship, because although being here for first time you will be surrounded by friends.

Kapana is place that gives you the coziness of the customized visit, the European cultural hub perspective and the freedom “to get lost”. The efforts and the will of all operators that have invested time and energy in the revitalization and the maintenance of the district are deep- rooted and predispose the pulse of the place to stay.

“The science of culture has not yet published an assessment of the qualities and effects of different approaches for synthesis in our cities. There are not valid criteria. Perhaps such can not be even created. What is important is that, in order to have an adequate urban environment, it is obligatory to care for its aesthetic qualities. This is specially important for such a space as Kapana in Plovdiv, which is an element of the most active city center.”