Established during the early Ottoman era, the district begins its existence as, a traditional for all the settlements during the period, Charshiya (marketplace). Kapana received its present name after the XV century when two narrow market streets, full of shops, called “Un Kapan” (Small Kapan) and “Buyuk Kapan” (Big Kapan), gave the name of the whole neighborhood. 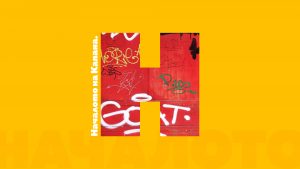 Built at the foot of the Three Hills, the area became an important element of the commercial, religious and administrative center of Philibe (one of the former names of the city of Plovdiv), sheltering also the largest mosque in Plovdiv, the Djumaya mosque, and the Kurshum Khan, where the headquarters of the Abadzhi Esnaf were hosted and The Bezisten (bazaar) – a large uninhabited, rectangular one- storey building of 500sq. m., where tradesmen picked up their merchandise.

The crafts’ workshops of the various associations were around the Bezisten, and the names of most of the streets were used to indicate the characteristics of the specific crafts, and most of the streets preserved their names till today – “Zhelezarska” (Iron), “Zlatarska” (Gold), “Abadjiiska” (Dressmakers), “Kozhuharska” (Leather), etc.

The Plovdiv artisan charshiya boasted an incredibly colorful life- in 1652, according to Evliya Chelebi’s chronicles, there were 880 shops . In the 18th and 19th centuries, the works of Bulgarian craftsmen gradually conquered the nearby and distant markets of the Ottoman Empire and exposed their high quality and rich assortment. As an important city, Plovdiv wasn’t an exception, it was among the most economically populated cities in the Balkan lands of the Empire.

The neighborhood developed not only as a place of trade and crafts, but also boasted an intensified revival, of spiritual and enlightenment activity. Testimonies show the places where the Bulgarian religious community, the charity society, the orphanage had been situated, and proves that the neighborhood was part of the national-revolutionary struggle. As part of the April Uprising in 1876, the two brothers Dimitar and Petko Sveshtarovi set their craft workshop in Kapana on fire.

The foundry worker Lazar Veleganov, whose workshop and store were also in Kapana, poured the insignias (lions) for the rebels’ capes and the cross for the flags with which the uprising was started. The bells, which announced the liberation of Bulgaria, were also created there. Kapana is also the place where Dr. Manchov’s first printing house was opened.